1 Introduction
Entrepreneurship is accorded high priority by policymakers in Europe. The European
Commission has adopted an Entrepreneurship 2020 Action Plan as its answer to
challenges brought by the gravest economic crisis in the last 50 years. European
governments spend huge amounts of money trying to support new firm start-ups and
promote innovation. This enthusiasm may be misplaced because (i) entrepreneurship
promotion is a last-resort policy, (ii) entrepreneurs are being overestimated, and (iii)
entrepreneurs are too often allowed to capture policy.
There is no doubt that entrepreneurship can and did contribute to economic development
in Europe. But as is argued in this article, this will not happen automatically, not
straightforwardly, and not unambiguously. Entrepreneurship may even be contributing
to many of Europes economic woes. Because this is not generally recognized, current
high expectations of entrepreneurs, and recently of migrant entrepreneurs, will likely
disappoint. In this article I discuss these concerns. It is time that European governments
look afresh at how to galvanize entrepreneurship for development, in particular for job
creation and productivity growth, and starting from the realization that a more sober
view is required.
2 Entrepreneurship Promotion as Last Resort Policy
Victor Hugo once remarked: You can resist an invading army; you cannot resist an idea
whose time has come. Today entrepreneurship is such an idea -The Economist, 2009 1
When faced with crisis, policymakers often call on entrepreneurs to rescue the day. The
above quote is from The Economist magazine, published in 2009 in the midst of the
global financial crisis, when it carried a special section on entrepreneurs as Global Heroes2
.
The previous time when The Economist published such an enthusiastic endorsement of
entrepreneurship was during the 1970s recession. Its 25 December 1976 edition carried
an article entitled, The coming entrepreneurial revolution: a survey 3
. On both occasions
entrepreneurship was resorted to because policymakers and academics had run out of
other policy options (read money). And in both cases the articles and sections in
The Economist were actually wrong: the subsequent deregulation and free-marketeering
widely adopted in the 1980s and staunchly promoted by Thatcher and Reagan heralded
in a period of unbridled growth in the incomes and wealth of the top 0.1 percent of the
population in the USA and Europe (Atkinson et al., 2011). The coming entrepreneurial
revolution stimulated the corporate greed and risk-taking that eventually caused the 2009
financial crisis (Johnson and Kwak, 2011).
Since the 2000s entrepreneurship have stagnated and even declined in the USA and many
European countries. For instance in Europe the relative earnings of the self-employed to 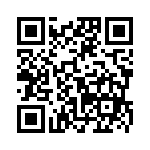