Page 1
The term “ civilization ” is widely used by historians , anthropologists , and other workers in the social sciences , but it has no single , fixed meaning . Any discussion of the concept must begin with the question of definition .
Page 54
Although “ clergy ” has special uses in some churches , in the modern world it is a convenient term for any group of Christian priests or ministers . The term is sometimes used of the leaders in other religions , as in Islam , but this ...
Page 298
In the late 1800's the term was applied only the social structure of the nation - to - be . Educa- to colonies of white settlers and was used in either tion became a principal route upward , especially of two ways , both morally neutral ... 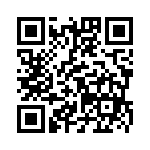