Louis Roy is in the Department of Theology, Boston College. 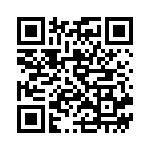