Page 63
MIDDLE AGES 63 1 political fragmentation begun in 843 continued , Vikings in the north , the Arabs in the south , and and by the 10th century Europe was a mosaic of the Magyars in the east . Gradually these threats small feudal states .
Page 719
But such action did not satisfy either the United Nations or the Namibian political parties in exile . Independence Movement . Political organization among nonwhites in Namibia is subject to numerous official restrictions .
Page 784
784 NATIONAL SOCIALISM , popularly known as Nazism , was a political movement in Germany that emerged after World War I. In 1933 the Nazi party gained control of the German state , and its leader , Adolf Hitler , established a ... 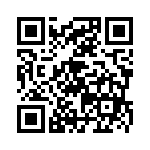