I would have REALLY liked to have a searchable version (e.g. "justice") since the numbering changed from edition to edition. This is clearly an image, rather than searchable text, since I was looking for the section which referred to a law used in NY State in the past twenty years: NY Judiciary (section) 487, which had to do with intent to deceive.
"if any Serjeant, Pleader, or other, do any manner of
Deceit or Collusion in the King's Court, or consent
[unto it,] in deceit of the Court [or] to beguile the
Court, or the Party, and thereof be attainted, he shall
be imprisoned for a Year and a Day, and from
thenceforth shall not be heard to plead in [that] Court
for any Man; and if he be no Pleader, he shall be
imprisoned in like manner by the Space of a Year and a
Day at least; and if the Trespass require greater
Punishment, it shall be at the King's Pleasure"
(3 Edw,c 29; see generally Thomas Pitt Taswell-Langmead,
English Constitutional History 153-154 [Theodore F.T.
Plucknett ed, Sweet & Maxwell, 10th ed 1946]).
http://www.nycourts.gov/ctapps/decisions/2009/feb09/3opn09.pdf
[pages 3-4]
I wanted to see how it was presented in the original book, or even using modern font, instead of Olde English font / script.

Page 222 - Crown and royal dignity of the said kingdoms and dominions to be to the heirs of the body of the said Princess; and for default of such issue to the Princess Anne of Denmark, and the heirs of her body and for default of such issue to the heirs of the body of the said Prince of Orange.
Appears in 271 books from 1689-2008
Page 664 - That King James II., having endeavoured to subvert the constitution of the kingdom, by breaking the original contract between king and people ; and by the advice of Jesuits and other wicked persons, having violated the fundamental laws and having withdrawn himself out of the kingdom, has abdicated the government, and that the throne is thereby vacant.
Appears in 487 books from 1702-2008
More
Page 721 - ... justly to be visited by the exercise of her constitutional right of dismissing that minister. She expects to be kept informed of what passes between him and the foreign ministers before important decisions are taken based upon that intercourse ; to receive the foreign despatches in good time, and to have the drafts for her approval sent to her in sufficient time to make herself acquainted with their contents before they must be sent off.
Appears in 181 books from 1758-2008
Page 674 - Crown, sitting in his or her throne in the House of Peers, in the presence of the Lords and Commons therein assembled, or at his or her coronation, before such person or persons who shall administer the coronation oath to him or her, at the time of his or her taking the said oath (which shall first happen...
Appears in 128 books from 1715-2007
Page 382 - First ; for his laws, whoso marks them well, are deep, and not vulgar ; not made upon the spur of a particular occasion for the present, but out of providence of the future, to make the estate of his people still more and more happy ; after the manner of the legislators in ancient and heroical times.
Appears in 122 books from 1760-2008
Page 775 - Give me the liberty to know, to utter, and to argue freely according to conscience, above all liberties.
Appears in 910 books from 1780-2008
Page 673 - That all and singular the Rights and Liberties asserted and claimed in the said Declaration are the true ancient and indubitable Rights and Liberties of the people of this Kingdom, and so shall be esteemed, allowed, adjudged, deemed, and taken to be; and that all and every the particulars aforesaid shall be firmly and strictly holden and observed, as they are expressed in the said Declaration; And all Officers and Ministers whatsoever shall serve their Majesties and their Successors according to...
Appears in 171 books from 1764-2007
Page 442 - ... be it enacted by authority of this present Parliament, that the King our sovereign lord, his heirs and successors, kings of this realm, shall be taken, accepted and reputed the only supreme head in earth of the Church of England...
Appears in 275 books from 1714-2008
Page 673 - Majesties did become, were, are, and of right ought to be by the laws of this realm, our Sovereign Liege Lord and Lady King and Queen of England, France, and Ireland, and the dominions thereunto belonging, in and to whose princely...
Appears in 147 books from 1715-2007
Page 557 - The King willeth that right be done according to the laws and customs of the realm ; and that the statutes be put in due execution, that his subjects may have no cause to complain of any wrong or oppressions, contrary to their just rights and liberties, to the preservation whereof he holds himself as well obliged as of his prerogative.
Appears in 275 books from 1751-2007
Less 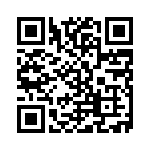