Page 97
Field went to Canada , studied theology a little , was ordained a priest of the Established Church , and became a bishop The portrait painted by young Peale , at that time , was the first that was ever made of Washington .
Page 98
While at Mount Vernon at that time , Peale painted a miniature of Mrs. Washington , for her son , John Parke Custis , then a youth of eighteen , for which Washington , as his guardian , paid ten guineas , according to a receipt in the ...
Page 172
The former bore a letter from Dr. Franklin to Washington , and he was permitted to paint the portraits of the general and his wife . Dunlap , then a mere lad , also painted a portrait of the chief . Young Wright was a son of Mrs.

42 other sections not shown 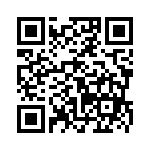