SAIMA WAHAB was born in Afghanistan, went to Pakistan as a refugee, and moved to the United States as a teenager. Since then she has become one of the only Pashtun female translators in the world, and-among other consequent roles-has returned to Afghanistan several times to work as a cultural adviser with the U.S. Army. She lives in Washington, D.C. 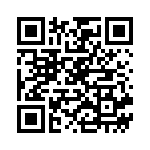