VIACHESLAV IVANOV (1866-1949) is considered the preeminent thinker of Russia's Symbolist movement and an influential figure in prerevolutionary Russian culture. While abroad as a scholar, Ivanov met Lidia Dimitrievna Zinovieva-Annibal, the woman who would inspire much of his work, and gave up a career in academia to be a poet. In 1924 he left the USSR and settled in Rome, where he died in 1949.

ROBERT BIRD is an assistant professor of Russian Literature at the University of Chicago. He is the author of numerous articles on the literature and thought of Russian modernism, and of a forthcoming study of Viacheslav Ivanov entitled The Russian Prospero.

MICHAEL WACHTEL is a professor in the Slavic department at Princeton University and the author of The Development of Russian Verse: Meter and Its Meanings and Russian Symbolism and Literary Tradition: Goethe, Novalis, and the Poetics of Vyacheslav Ivanov. 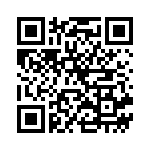