Page 893 - Assembly of the Governor and Company of the English Colony of Rhode Island and Providence Plantations, in New England, in America...
Appears in 309 books from 1804-2008

Alvin Rabushka is the David and Joan Traitel Senior Fellow at the Hoover Institution at Stanford University. His books include The Flat Tax. 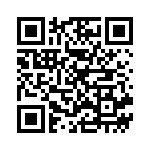