I read this in my Art Criticism class this past semester, and it's definitely not a book that you can just read cover to cover. At least not in my opinion. It's more suited for using as a reference ... Read full review

The Art of art history: a critical anthology

Donald Preziosi is Professor of Art History at the University of California, Los Angeles. His publications include Rethinking Art History: Meditations on a Coy Science and Minoan Architectural Design. 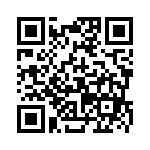