10 other sections not shown

Alasdair Whittle recently retired from being Distinguished Research Professor in Archaeology at Cardiff University, specialising in the Neolithic period. Over his career he led several major excavations, notably around Avebury and in Hungary. His many publications include Europe in the Neolithic: the Creation of New Worlds (CUP), The Archaeology of People: Dimensions of Neolithic Life (Routledge), and Gathering Time: Dating the Early Neolithic Enclosures of Southern Britain and Ireland (Oxbow, with Frances Healy and Alex Bayliss), which won the British Archaeological Award for Best Book in 2012. He is a Fellow of the British Academy. 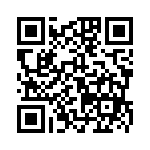