Sasan Fayazmanesh is Professor of Economics and Co-Director of the Middle East Studies Project at California State University, Fresno, USA.  His current areas of research include the political economy of the Middle East and monetary history and theory. 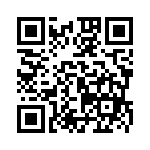