Page 212
A small stream , called the Chiano , passes near the Prato , giving its name to a fertile and beautiful valley , already mentioned , and which is considered the granary of Tuscany . Leaving the above place early the next morning I soon ...
Page 331
... of manhood - regret , anguish , and injury are livingly concentered - who can pass , Levite - like , unmoved , these wrestlings of grief with majesty , his heart I envy not , but pity as a thing unloving and unlovely .
Page 359
... adapted as closely as possible to the hollow of the cylinder ; then pass the mandrel with the cylinder fixed upon it through a collar of iron or steel , ( the former is preferred , on account of its cheapness , ) the diameter of the ... 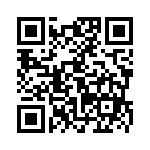