Audience: Students researching historical U.S. foreign relations for political science classes coursework assignments or the history of America's foreign economic/democratic/human rights policies may be interested in the insights and topics covered in this volume. Political scientists and historians with interests in United States foreign policies and foreign relations will also be interested in this work. 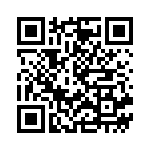