Peter Brooks is the Mellon Visiting Professor at Princeton University. He is the author of many works of literary criticism, including Reading for the Plot, The Melodramatic Imagination, Psychoanalysis and Storytelling, Troubling Confessions, and Realist Vision. He has also published a novel, World Elsewhere (Simon & Schuster). 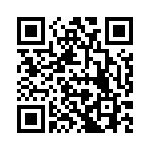