A magnum opus: an important but accessible work of academic history clearly establishing the roots of the Proto-Indo European language with an approach that marries linguistics with archeology. Read full review

Despite not having any interest in archeology I found this fascinating and am deeply impressed by the ingenuity of research that allows us to learn something about cultures we have so little tangible evidence of. Read full review

David W. Anthony is professor of anthropology at Hartwick College. He is the editor of The Lost World of Old Europe (Princeton). He has conducted extensive archaeological fieldwork in Ukraine, Russia, and Kazakhstan. 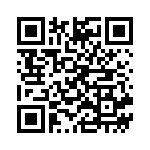