Page 12
Act, potentially that of a country mentioned in section 1(3) of that Act, but had not
then been ascertained, to remain a British subject without citizenship during a
transitional period); or (b) a British subject without citizenship by virtue of section
16 ...
Page 38
So long as the territories remained states in association with Britain, the British
Government would accept responsibility for their external affairs and defence and
the British Parliament and Her Majesty in Council would have legislative powers
...
Page 99
... Barbados, Basutoland, Bechuanaland, Bermuda, British Antarctic Territory,
British Guiana, British Honduras, British Solomon Islands Protectorate, Brunei,
Cayman Islands, Dominica, Falkland Islands, Fiji, Gambia (Colony and
Protectorate), ... 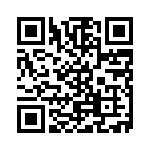