Charles W. Nuckolls is associate professor of anthropology at Emory University. The author of The Cultural Dialectics of Knowledge and Desire, published by the University of Wisconsin Press, he is also the editor of The Cultural Construction of Diagnostic Categories: The Case of American Psychiatry and Siblings in South Asia: Brothers and Sisters in Cultural Context. 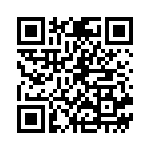